He of hazel eyes and a warm, winning smile is one the hottest and #1 pin-up sex symbol in UK. He is none other than the young and very successful, Adam Brody. Born on December 15th 1979, in San Diego, California, Adam spent his pre-teen years swimming, surfing, and hanging out with friends.

Greatly influenced by 'I Know What You Did Last Summer', Adam decided to become an actor much to the surprise of his parents. Adam was determined to make it big, and his investments have paid him rich dividends. After graduation, Adam convinced his parents to allow him to attend college in L.A. But, true to his desire to make it as an actor, instead of enrolling in school, he hired an acting coach, signed with a manager and soon landed the lead role in the NBC movie-of-the-week, 'Growing Up Brady' (2000) (TV), playing Barry Williams (Greg Brady).

Hollywood Calling
Adam was never the usual teen heartthrob. Nevertheless, he was a lucky and started getting acting assignments. He did small roles in TV commercials, pilots, and soaps, before he played Barry Williams. After looking at his performance in 'Growing Up Brady,' MTV picked him as the lead in the cult series 'Now What?' Adam also landed roles in other TV shows such as 'Once and Again,' 'Gilmore Girls,' 'Judging Amy,' 'Family Law,' and 'Smallville.'

Come 2003, Adam's acting career was about to change radically. Adam was picked to play the loveable and geeky Seth Cohen in 'The O.C.' Adam had truly arrived. 'The O.C.' cast includes Peter Gallagher, Benjamin McKenzie, and Rachel Bilson as well. Adam recently broke up with his girlfriend, Rachel Bilson, of over two years on 5 December 2006.

The success of Seth Cohen in 'The O.C.' pushed Adam to try his luck in Hollywood. His ever growing resume includes movies such as 'The Ring' (2002) a thriller, 'Missing Brendan' (2003) in which he played the dynamic lead as Patrick, 'Grind' (2003) a skateboarding movie and 'American Pie 2.' He has also worked with Hollywood A list stars, Angelina Jolie and Brad Pitt in the movie 'Mr. and Mrs. Smith.' His other film credits include movies like 'Thank You for Smoking' and the upcoming 'Land of Women.'

Achievements
Has been named one of Teen People's 25 Hottest Stars Under 25.
Ranked #9 hottest guy on Elle Girl's 50 Hottest Guys list.
Is the first male actor to pose for the cover of Elle Girl magazine.
Was named one of People Magazine's 50 Hottest Bachelors 2003 and 2004.
Has received the Teen Choice Awards - Choice Actor: Drama/Action Adventure in 2004, 2005, and 2006.

"I love movie-making. I'm interested in writing and directing, and I've dabbled, but I haven't done anything I care to brag about. Yet."

Welcome to the Adam Brody Message Board. Get in touch with Adam Brody to voice your support, appreciation, or opinion.

Can you imagine how much snail mail and email a celebrity must get? Most simply don't have time to go through all of it and even less time to respond. So, for this reason, we've created this shout-out message board. It's a far simpler way to communicate with your favorite stars and celebrities.

Try to keep your messages short and sweet. No one wants to read your entire life story. We don't know if you'll get a response, but if enough people post a message, these celebrities won't be able to ignore them all.

hi i like all ur movies especially oc, since i watched oc nd one tree hill, then my intrest for acting boosted up and i need some one who can help me i also write scripts please help.

OMG He looks like a freaking elephant! Between the eyes and the big ears he looks just like one!

Looking for Auditions and Casting Calls? Want to Become an Extra or Find Supporting Actor and Actress Roles with Adam Brody?

Post your profile, photos, resume and video clips online and you could be discovered by top casting directors and talent scouts around the world. You might even get a chance to work with Adam Brody and other famous stars.

Indiana Jones and the Kingdom of the Crystal Skull

Indiana Jones is drawn into a Russian plot to unearth the Crystal Skulls of Akator, Amazonian artifacts with supernatural powers.

Hit man Frank Sheeran looks back at the secrets he kept as a loyal member of the Bufalino crime family in this acclaimed film from Martin Scorsese.

In 1958 New York, Midge Maisel's life is on track: husband, kids, and elegant Yom Kippur dinners in their Upper West Side apartment. But when her life takes a surprise turn, she has to quickly decide what else she's good at - and going from housewife to stand-up comic is a wild choice to everyone but her.

Zooey Deschanel brings out her offbeat charm in this sitcom about a quirky teacher and three male roomies. Source Netflix

Due to an error, self-absorbed Eleanor Shellstrop arrives at the Good Place after her death. Determined to stay, she tries to become a better person. When Eleanor dies and winds up in an afterlife paradise reserved for only the most ethical people, she realizes she's been mistaken for somebody else. This wacky afterlife comedy won a Critics' Choice TV Award. Source Netflix

Performing in Front of the Lens - Tips for Actors and Models

How Do You Choose The Right Acting Classes?

Getting an Agent - Finding Talent Agents and Getting Noticed

Ten Interview Blunders Actors Make - and How to Correct Them 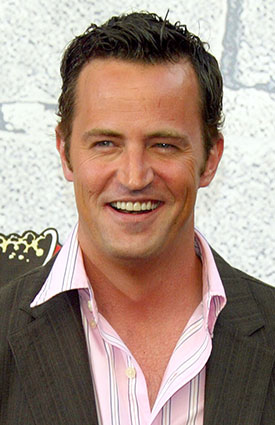 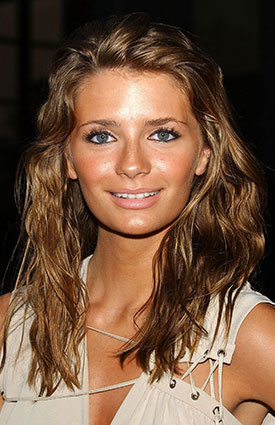