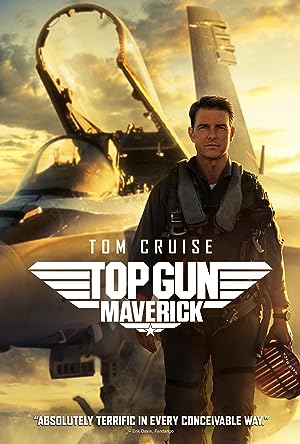 Plot: After thirty years, Maverick is still pushing the envelope as a top naval aviator, but must confront ghosts of his past when he leads TOP GUN's elite graduates on a mission that demands the ultimate sacrifice from those chosen to ...

Use this board to discuss the cast and characters, the director and producers, the plot, and effects. Use our message boards to communicate with other people who share common interests. Make Actingbiz.com your "Top Gun: Maverick" message board for expressing your thoughts, generating discussions, and meeting new people.

I started my Air Force career December 26th 1979 and I'm about to finish it on June 10th 2019 so I will be free and in need of the work. Acting and comedy come naturally for me. I also have to one-up my friend who was in the original top gun in the bar room singing scene.

My 2 daughters are interested in being cast as extras for the filming that occurs at NAS Whidbey. anyone know who to contact or when/if they will cast there?

Hey there, I am interested in a "extra" casting spot if you need someone in South Lake Tahoe. I know you are filming here now and I'm just an email away and in town. Thanks for your time.

I am huge fan of Tom Cruise and I wanted to be on his film. I wish I can audition to his movie Top Gun 2. I am interested on action movies. I am self practising some moves of boxing and stunts.. I am sometimes a Project Manager in well known TV networks here in the Philippines. Please include me on Top Gun 2. I am 5'8 in height.

I work on NASNI and would love to be a part of the movie. I see the bar from the golf course everyday!

Hi, Top Gun is my all times favorite movie! I am an F/A-18 Advanced Super Hornet engineer in my 30s and I would love to be part of this movie as a pilot (maybe an enemy MIG pilot? yes I am dreaming) or an aviation technical person or in the background. I have a degree in aerospace engineering plus a Masters. Always love acting and I've been told (many times) I looked at myself in the mirror too much (self-practicing I suppose). I will be SUPER excited if I get a chance to be a part (even a tiny one) of this movie.

My son, Cooper, is 7 and is interested in casting calls for TG2!! He is currently on the cover of San Diego Family Magazine!!

Im a NAVY active duty currently working on the USS. Theodore Roosevelt stationed in San Diego California where the movie will be filmed. I’m very interested to be an extra of any part of this film! That means a lot for me! Thank You!

I am interested in being an extra for this film. Currently, I work on the naval installation where part of the movie will be filmed. It would be appreciated to be considered as an extra for the new top gun sequel. Thank you...

"I feel the need"

To be an extra while you film in San Diego. Please send details, thank you.

Hello. I would love to be in the movie. Will you be holding auditions? Or signing up extras? Please include me.

I’m an actor and a pilot and a huge fan of the original movie. Would love to audition for Top Gun 2. Please email me for CV and headshots.

I am active duty currently a Navy Airman stationed in Norfolk, Virginia. I would love to be an extra in this movie. My Tio is a huge Tom Cruise fan and showed me this movie when I was 5 years old. It Is Part of the reason I joined the Navy. I wanted to be just like Maverick. Please contact me if it is not too late. Thank you!

Hi all! Love Tom Cruise and grew up with Top Gun! Loved every minute of it starting with the Tom Cats launching off the carrier deck perfectly in sync to 'Danger Zone', down to all the iconic lines (can't believe it's been 3 decades since it first hit theatres). Live locally and would love to be a part of Top Gun 2 so Tom, Jerry and crew, if you guys read this, would appreciate a holler back. Thanks.

I am a actress from east midlands. I am very interested in being in ANY part even a extra in TOP GUN 2. I have always loved the movie ever since I was little. Now I'm in my middle 30s. It would be my dream come true to act along side my favourite actor Tom Cruise. I think I would make a great female pilot.

Hi, I was in VF126, Bandits, at Miramar, San Diego, CA from 1989 - 1991. We shared the same hanger and flew the A4 Skyhawk (Scooter) with the Top Gun squadron. I would love to be an extra in Top Gun 2. Top Gun was the reason I joined the Navy and bought my motorcycle. Suzuki GSX-R 1000. :)
Please call me ASAP if it's not too late.
Thank you!
Jayme Wallace

How can I be apart of this amazing movie please?

Please call me as an extra or boy grip.

Im very interested in this film. Im 15 and I was wondering if there were any background or character choices for me? Thank you! Im very excited for Top Gun 2!!!

Hi! I have a 13 year old and 15 yr old and am trying to check on next steps to audition for Top Gun . Thank you soooo much!

Hey there, I'm such a huge fan of Top Gun movie, I've probably watched it like 50 times. I have no acting skills, but it would mean a lot to me if I could be somewhere in the film. Greetings.

Movies like "Top Gun: Maverick" are Casting Right Now! Sign Up for Exclusive Movie and Television Auditions and Casting Calls.

Post your profile, photos, resume and videos online so you can be discovered by casting directors and talent scouts around the world. You could even appear in a big budget Hollywood movie like "Top Gun: Maverick."

A hardened mercenary's mission becomes a soul-searching race to survive when he's sent into Bangladesh to rescue a drug lord's kidnapped son.

Led by their skillful Staff Sergeant Nantz (Aaron Eckhart) and Second Lt. Martinez (Ramon Rodriguez), a platoon of gutsy Marines fights to protect all humankind from astonishingly powerful aliens. They must complete their mission within a three hour window before the Air Force bombs their battleground. Source Netflix

The Curious Case of Benjamin Button

David Fincher directs this Oscar-nominated tale of Benjamin Button, a man who was born old and wrinkled but grows younger as the years go by.

This film earned three Oscars and 13 nominations, including acting and directing nods for Brad Pitt and David Fincher. Source Netflix

In 2033, people can be "uploaded" into virtual reality hotels run by 6 tech firms. Cash-strapped Nora lives in Brooklyn and works customer service for the luxurious "Lakeview" digital afterlife. When L.A. party-boy/coder Nathan's self-driving car crashes, his high-maintenance girlfriend uploads him permanently into Nora's VR world. After a self-driving car crash, Nathan is uploaded to Lakeview, his girlfriend's family's digital after-life, where he meets his customer service rep, Nora.

Upload is created by Greg Daniels ("The Office"). Source Amazon

A four-star general begrudgingly teams up with an eccentric scientist to get the U.S. military's newest agency — Space Force — ready for lift-off.

Greg Daniels and Steve Carell of "The Office" reunite for another irreverent workplace comedy. Source Netflix

Starring Bill Hader as a depressed, low-rent hitman from the Midwest. Lonely and dissatisfied in his life, he reluctantly travels to Los Angeles to execute a hit on an aspiring actor. Barry follows his "mark" into an acting class and ends up finding an accepting community in a group of eager hopefuls within the LA theater scene. He wants to start a new life as an actor, but his criminal past won't let him walk away -- can he find a way to balance both worlds? Source HBO